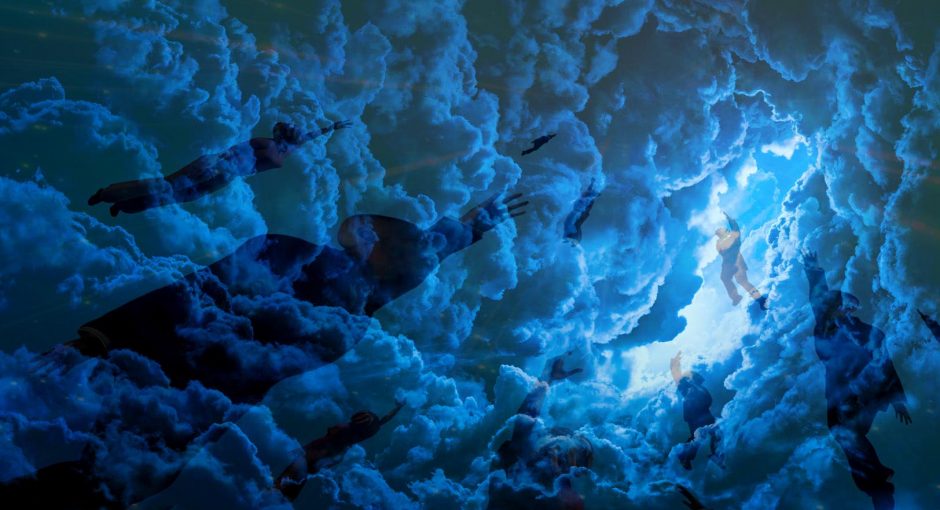 Rapture of the Church and the Coming of Christ

Introduction; Finding The Rapture of the Church

If you were or are anything like me, someone told you that there was a going to be an escape from the tribulation period first mentioned in the book of Daniel; the period known as the 70th Week of Daniel.  My first introduction to the doctrine of the pre-tribulation rapture came in the Hal Lindsey book, There’s a New World Coming.  In his follow up to the monumental best seller, The Late Great Planet Earth, Lindsey outlines why the Church will not have to endure the tribulation period in a section called The Great Snatch.  As a new believer, I had no idea of such an event and thought it was great that Jesus would come for his Church and remove us from the tribulation; the Day of LORD as described by Lindsey and others!

The Left Behind series came out shortly after I first learned this and I found myself in need of proof of my position that I was so excited about.  I went to the Bible to find it and came up with some of the following points that I will share in this article below.  It’s great to know a doctrine, but better yet if you can actually teach it to someone else!  Wanting to prove my position in as few points as I could, I sifted through a mountain of scriptures proving it and then whittled it down to a concise version that would prove the point in as few steps as possible.  That’s exactly what I am going to lay out here and we will do it with five passages of scripture.

The Rapture; Getting To the Point(s)

To start, the Bible is incredibly clear on the timing of this event as it states it is at the last trump, so let’s start there and then build on that…

51Behold, I shew you a mystery; We shall not all sleep, but we shall all be changed,
52In a moment, in the twinkling of an eye, at the last trump: for the trumpet shall sound, and the dead shall be raised incorruptible, and we shall be changed.

No matter the doctrinal position you hold for the rapture, there is zero doubt when the rapture happens; the dead are resurrected and those who are not asleep i.e. alive, will be raptured at the last trump!  This is nothing new but in and of itself, this verse does not tell us exactly when this last trump is.  Instead of running around looking for this trumpet which has been misunderstood and or misconstrued by members of all doctrinal parties, we are instead going to look at the resurrection and catching up (harpazo) of the Church, and when the Bible tells us the harpazo (har-pad’-zo) happens.

Having already established that the dead in Christ shall be raised first (the first resurrection) and that all believers will not be dead (asleep) but changed in the twinkling of an eye, we can easily find when this event happens…

20But now is Christ risen from the dead, and become the firstfruits of them that slept. 21For since by man came death, by man came also the resurrection of the dead.  22For as in Adam all die, even so in Christ shall all be made alive.  23But every man in his own order: Christ the firstfruits; afterward they that are Christ’s at his coming.

Again we have the order of the harpazo confirmed; the dead rise first and then those that are Christ’s at his coming i.e. those still alive, are caught up.  Not only that, we are told when this happens; at Christ’s coming!  The Greek word at the end of verse 23 for coming is parousia (par-oo-see’-ah), the word where the second coming (of Christ) is derived from.  Unlike harpazo, a verb, parousia is a noun; a person, place or thing.  Since parousia is a noun, it must be a thing and that thing is an event; the second coming of Christ.  Finding this information, I went on a search for the parousia…

26Wherefore if they shall say unto you, Behold, he is in the desert; go not forth: behold, he is in the secret chambers; believe it not.  27For as the lightning cometh out of the east, and shineth even unto the west; so shall also the coming of the Son of man be.  28For wheresoever the carcase is, there will the eagles be gathered together.

As you may have already guessed, the word coming in verse 27 is the same parousia mentioned in 1 Corinthians 15:23 and indeed describes an event, the coming of the Son of man; it is not a verb but a noun.  The word harpazo on the other hand is a verb and we find its use in the popular rapture verse (below) used by all predominant doctrinal positions on the matter.  Understanding that one is a noun and one is a verb is very important in that the two words cannot be interchanged; the words are not synonyms!

16For the Lord himself shall descend from heaven with a shout, with the voice of the archangel, and with the trump of God: and the dead in Christ shall rise first: 17Then we which are alive and remain shall be caught up together with them in the clouds, to meet the Lord in the air: and so shall we ever be with the Lord.

Again we are shown the order; the dead in Christ rise first and then those which are alive and remain shall be caught up (harpazo) i.e. the rapture.  The word harpazo is defined as to seize, snatch or obtain by robbery and is a verb i.e. an action word.  Not only that, but we see an overall order of events that happen before the rapture/harpazo.  The Lord descends with a shout, with the voice of the archangel.  We also see the trump of God followed by the resurrection and then the rapture of those who are alive and remain; we meet the Lord in the air.

So the question begs, what does it mean, we which are alive and remain? Let’s go back to Matthew 24 and Jesus own words.  Jesus told us in Matthew 24:26-28 that his parousia (coming) would be seen by all with the lightning metaphor.  It’s what he said next that seals the deal on the order of things…

29Immediately after the tribulation of those days shall the sun be darkened, and the moon shall not give her light, and the stars shall fall from heaven, and the powers of the heavens shall be shaken:
30And then shall appear the sign of the Son of man in heaven: and then shall all the tribes of the earth mourn, and they shall see the Son of man coming in the clouds of heaven with power and great glory.
31And he shall send his angels with a great sound of a trumpet, and they shall gather together his elect from the four winds, from one end of heaven to the other.

Jesus tells us that his parousia happens immediately after the tribulation of those days and that it will be seen by all eyes.  Not only that, but we see the trumpet blast (1 Cor. 15:52, 1 Thess. 4:16) happens after this, and the angels gather his elect or eklego which finds its root in the Greek ek.  Why is this important?  The Greek word for church is also rooted in that same word ek and we all know it as ekklesia!  Those who are alive and remain are those of the Church that made it through the tribulation of those days.

In the following image, you will find a bonus 6th verse so you can refer back to these points often; feel free to download and share on social media by double clicking and saving a copy. 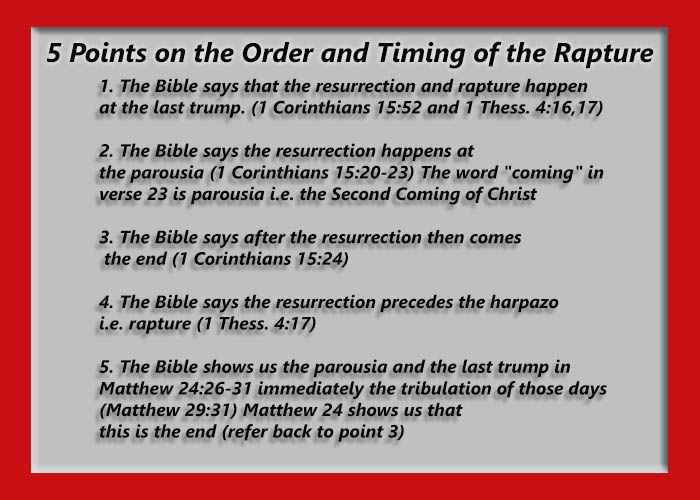 As it turned out, my position, the one I first learned from Hal Lindsey was incorrect; it had no basis in Scripture!

To summarize the above points, we have the words of Paul corroborating the words of Jesus in Matthew 24.  These five passages of scripture show us that at the coming/parousia of Christ, all dead believers are resurrected first and then the rapture/harpazo of the Church happens second.  Of course, if the resurrection is complete before the rapture of living believers as the Bible says, there would be nobody saved during the tribulation period, not even the Jews; pre-tribulation rapture teachers teach that people are saved during the 70th Week!  There is only one resurrection of the living and it is complete after the tribulation of those days, not before it!  The second resurrection is seen in Revelation 20 and that is the second death; those not in Christ!  They are thrown into the lake of fire for eternity after being judged for their works.

And finally, we have Jesus’ words in Matthew 24:7 showing us that his parousia is seen by all and is not and invisible event that happens prior to the 70th Week of Daniel as pre-tribulationism teaches.  The Bible clearly shows that the Church will be present and have to endure the 70th Week of Daniel, before those who are alive and remain are raptured……..immediately after the tribulation of those days.

For further reading on the time line of Daniel’s 70th Week and the timing of the rapture, see our four part series on The Two Witnesses.

This article is a collaboration between Ekklesia 2520 authors. 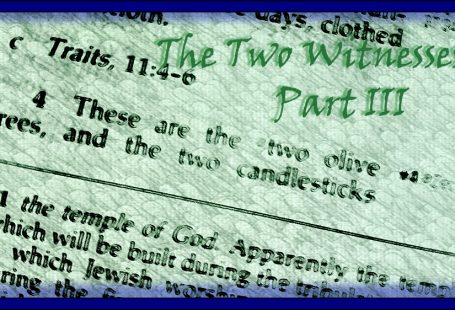 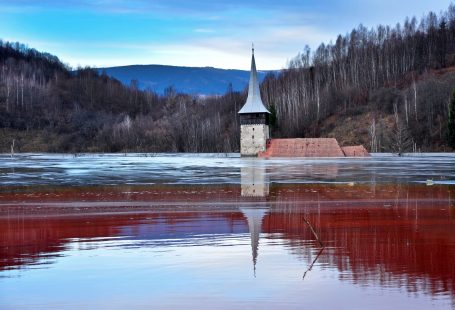 That Which Restrains; The Apostasy of the Church 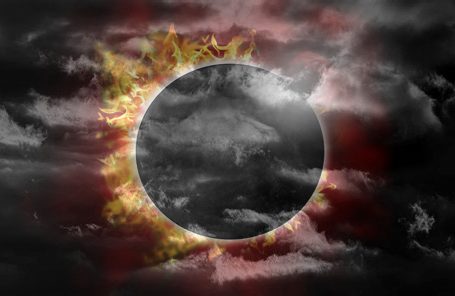 Are We in the Last Days

Don’t Miss A Post; Stay Up To Date By Getting Our Latest Posts In Your In Box. Enter Your Email Address Below!