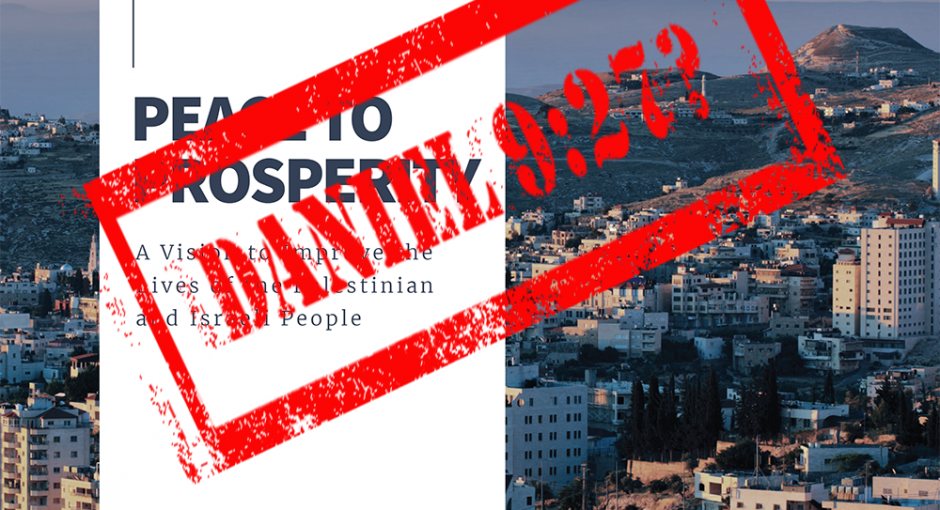 In In The NewsTags President Trump, The Deal of the CenturyPublish DateMarch 9, 2020

On the Eve of the Jewish Holiday, Purim, we want to remind you of two things that happened in the Jewish leap year of 2019. On March 21, 2019 (Purim in Israel), United States Secretary of State Mike Pompeo and Israeli Prime Minister Benjamin Netanyahu met in Israel. Together, they prayed at the Western Wall and then toured an underground synagogue below it, that had a large model of the Third Temple displayed. A bit later in the day, they held a joint press conference in which Netanyahu had this to say of the visit…

Now, let me add another word about that. We had a moving visit today to the Wall. I can’t resist repeating this, but I’m going to. I said to the Secretary that the last time a Pompeo visited Jerusalem, it didn’t end that well. But this is a different time. Roman Jerusalem clashed over values, with a great tragedy for the Jewish people. But the new Rome, the United States, views itself as a new Jerusalem. We visited the original City on the Hill. We visited the hill.

The irony is that this “new Rome, the United States” is rebuilding what the old Roman Jerusalem destroyed. Now if this wasn’t a big enough statement already, President Donald Trump wasn’t to be outdone. As leader of the new Rome, Trump took to Twitter with this amazing announcement…

After 52 years it is time for the United States to fully recognize Israel’s Sovereignty over the Golan Heights, which is of critical strategic and security importance to the State of Israel and Regional Stability!

Both events happened on an important day in Jewish history and while many are awaiting a Revived Roman Empire that is supposedly going to rise in Europe, one has already been chosen by the words of a Jew, Benjamin Netanyahu. If this didn’t make you pause a year ago, it should today for the new Rome has been on the move…

We recently wrote a short breakdown of a single, powerful word that has been understated in the popular King James version of the Bible. The King James reads:

And he shall confirm the covenant with many for one week: and in the midst of the week he shall cause the sacrifice and the oblation to cease, and for the overspreading of abominations he shall make it desolate, even until the consummation, and that determined shall be poured upon the desolate.

And he shall confirm… The word confirm in Hebrew is gabar:

And HE WILL FORCE A COVENANT with the many…..and is backed up in other translations such as NASB and ASV which state, he makes a firm covenant with the many while ESV says he will make a strong covenant with the many. Please note we said the verse was understated. We are not saying that the word confirm is an error in translation. What we are saying is that it doesn’t bear the true weight of the Hebrew word; a problem with using modern English over ancient Hebrew!

In back to back articles we showed how the Trump Administration along with the Israeli government have begun the mapping process along the Trump plan’s demarcation lines in the West Bank. Meanwhile, and almost simultaneously, the Sanhedrin are moving forward with asking for the right to sacrifice on the Temple Mount for the first time since 70 AD (see here and here) based on the religious language in part of the plan. We believed this showed that the Hebrew word gabar used in Daniel 9 was being bore out before our eyes. As if our suspicions hadn’t been enough, we found this…

The Jerusalem Post published an article on March 8, 2020 titled Kushner: US to approve annexation if Palestinians don’t negotiate, in which it uses language that is eerily like what see in Daniel 9:27. This is a bold title among a growing series of brazen moves dating back to President Donald Trump’s announcement that the United States was recognizing Jerusalem as the capitol of Israel, on December 6, 2017. In the article, we want to show you a few monumental passages that bear out what we have recently written about.

In the opening passage of The Jerusalem Post article we read this:

Despite a refusal by the Palestinians to be involved in any negotiations and a lack of government in Israel, US President Donald Trump’s administration will push forward with the “Deal of the Century” peace plan, including giving White House approval to Israeli annexation, senior presidential adviser Jared Kushner told US senators in a closed-room meeting last Wednesday…

US President Donald Trump’s administration will push forward with the “Deal of the Century” peace plan. This leaves very little to the imagination, but there’s more to make the point abundantly clear…

In the meantime, he urged the Palestinians to start negotiating, saying that they could improve their position through negotiations, but they only have themselves to blame if it goes ahead without their approval…

This passage makes it clear that the Palestinians can come to the table and negotiate a better position, but that they cannot, again cannot! stop the Trump Plan from moving forward as written, if they decide not to negotiate! This is (and we will probably say this again and again) unheard of in the history of the Arab/Israeli conflict. But the final quote that we want to pull from the article is the real exclamation point of it all…

“Nobody can say we didn’t give the Palestinians a chance to go back to the table,” a White House official told Channel 13. “If they want to talk we are ready. We think we can make it better for them, but if not the world is going to move on without them. We are not going to do things in the same stupid manner it was done before. We are going to keep moving forward.”

We are not going to do things in the same stupid manner it was done before. This is a pretty audacious statement at the least. With the rest of the language in the passage (the world is going to move on without them), it is clear; the Trump Administration is giving them the political version of the middle finger! This is a clear case of “take it or leave it“. It is either negotiate and gain a better position, or take it as is. Per the language of the Trump Administration, along with the actions of the beleaguered Israeli government and permit seeking Sandhedrin, this is a done deal…….with the many? (Read the latest development here)

This article is a collaboration between Ekklesia 2520 authors. 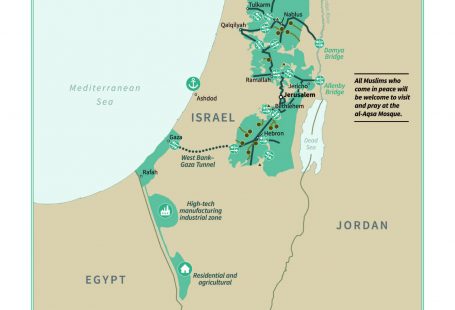 Forcing the Covenant With the Many 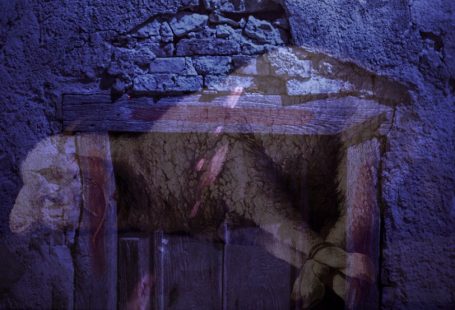 Don’t Miss A Post; Stay Up To Date By Getting Our Latest Posts In Your In Box. Enter Your Email Address Below!